Begin Collecting Reads on all Streams

In order to begin collecting reads, you'll need to:

Once you have these completed - you can begin collecting reads by using the "Start Collecting Reads" button on the Race Dashboard, or by using the top toolbar status indicator: 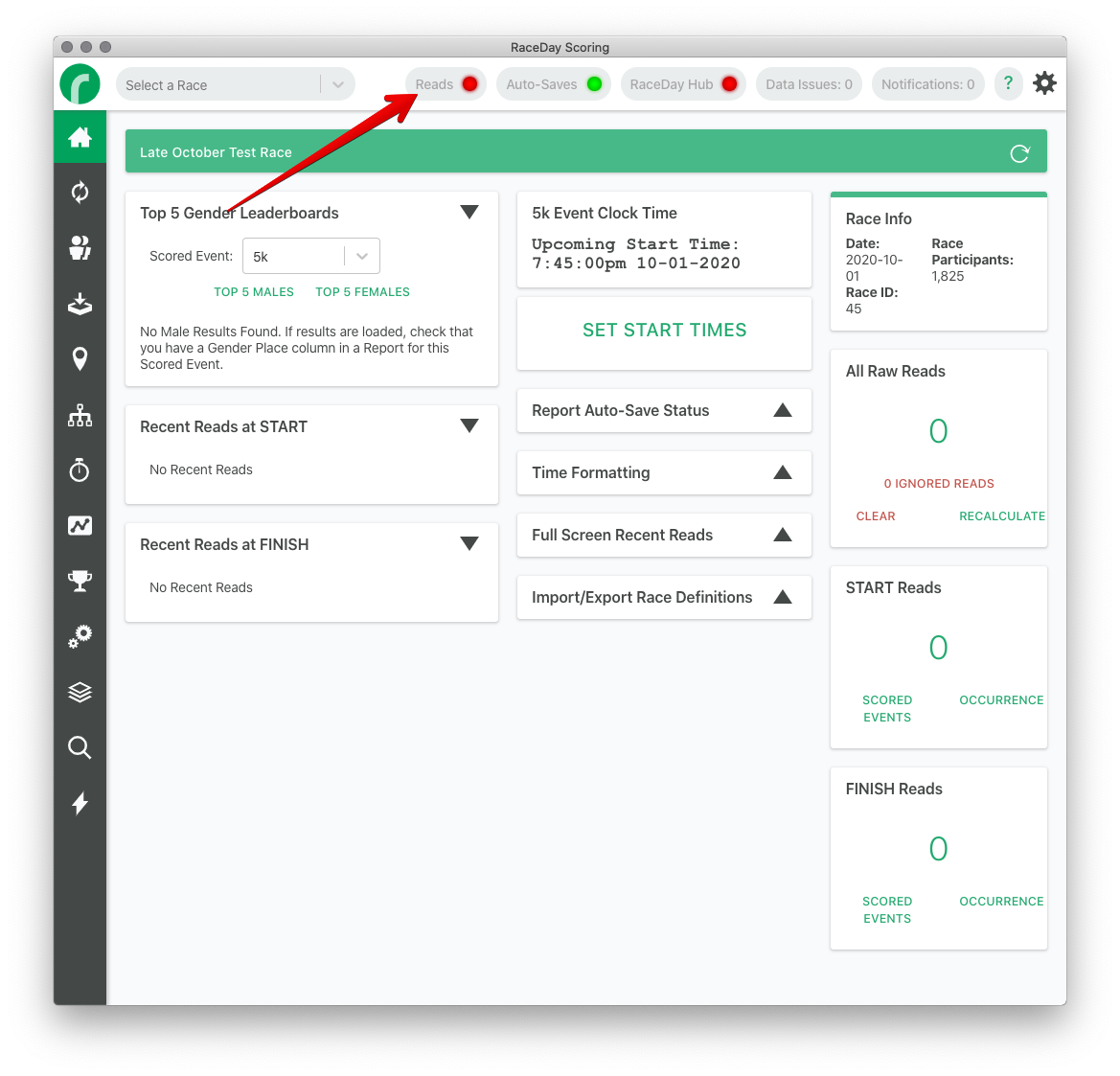 Once you have begun collecting reads you will see your Raw Read and Scored Read counts go up, as well as passings show in the Recent Reads area of the Dashboard.

Remember - if you are using a File Stream Type RaceDay Scoring will only begin pulling reads in from a file if it senses that there is a change in the file it is looking at. Therefore for testing purposes, or for times where you are dropping a file into a folder that will no longer have reads being added to it, you will need to enact some change on the file itself, either by changing the name of the file or deleting then adding a read to it and saving it again.