What's the difference between Raw and Scored Reads?

Raw Reads are the reads that come in from your readers into RaceDay Scoring before they are filtered down and selected for scoring purposes based on their Timing Location Assignment, Occurrence Count, and Stream/Timing Location Filters.

Scored Reads are the Raw Reads that have been selected by RaceDay Scoring to be used to calculate times for reports.

Viewing Raw Reads is useful when you need to see why a specific read is being ignored.

An easy way to view Raw and Scored Reads is using the right hand column of the Dashboard page. You'll see the Raw Read counts increment as reads are collected from your Streams, and Scored Reads get calculated shortly after in real-time.

You can click the numbers in order to view the list of these reads. Please note that there will be a Scored Read panel for each Timing Location you have set up. 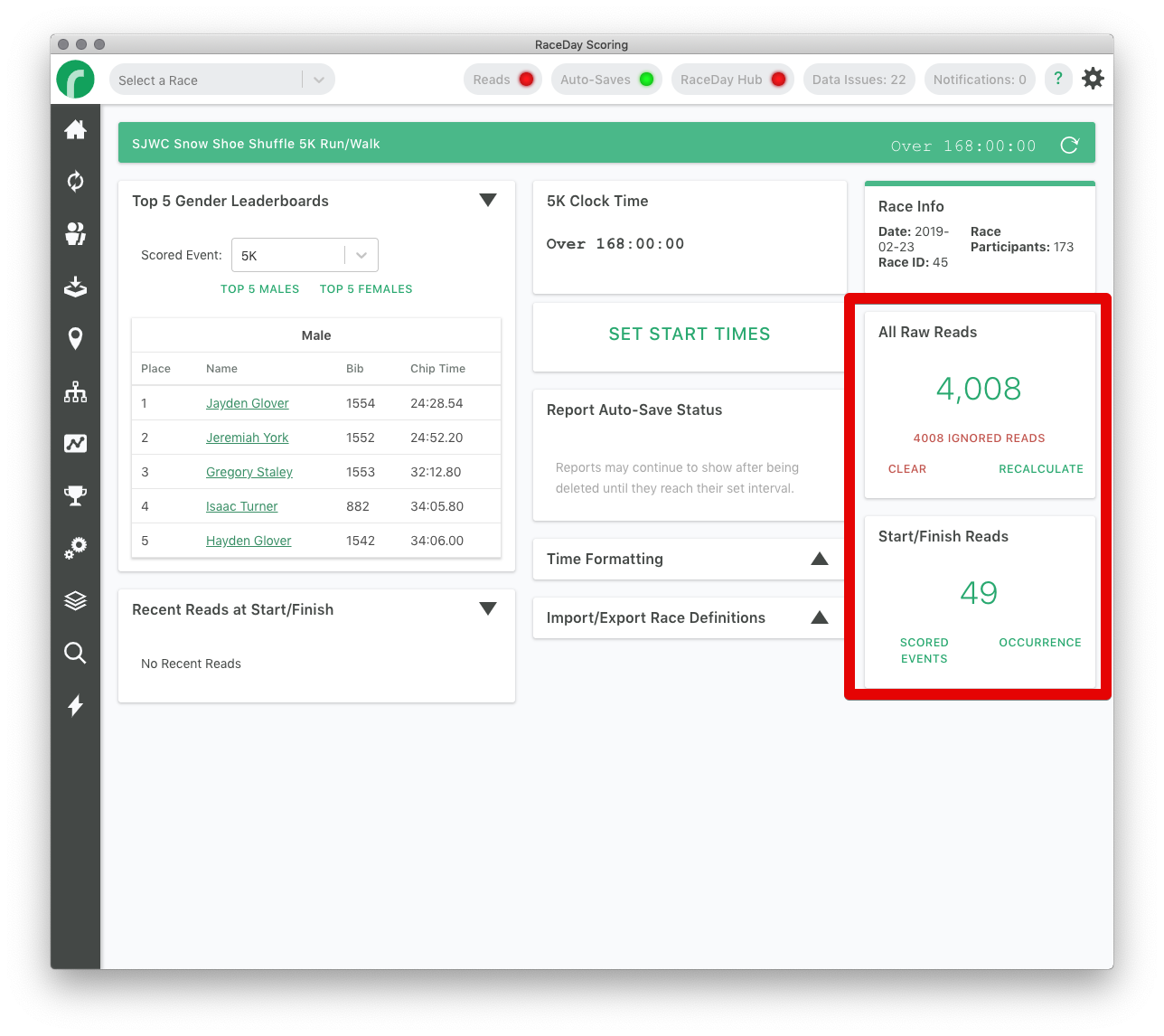