Solution home Getting Started The Basics

In the latest version of RaceDay Scoring, we have added Cloud Backup functionality.

From the Race List, you can backup Races here: 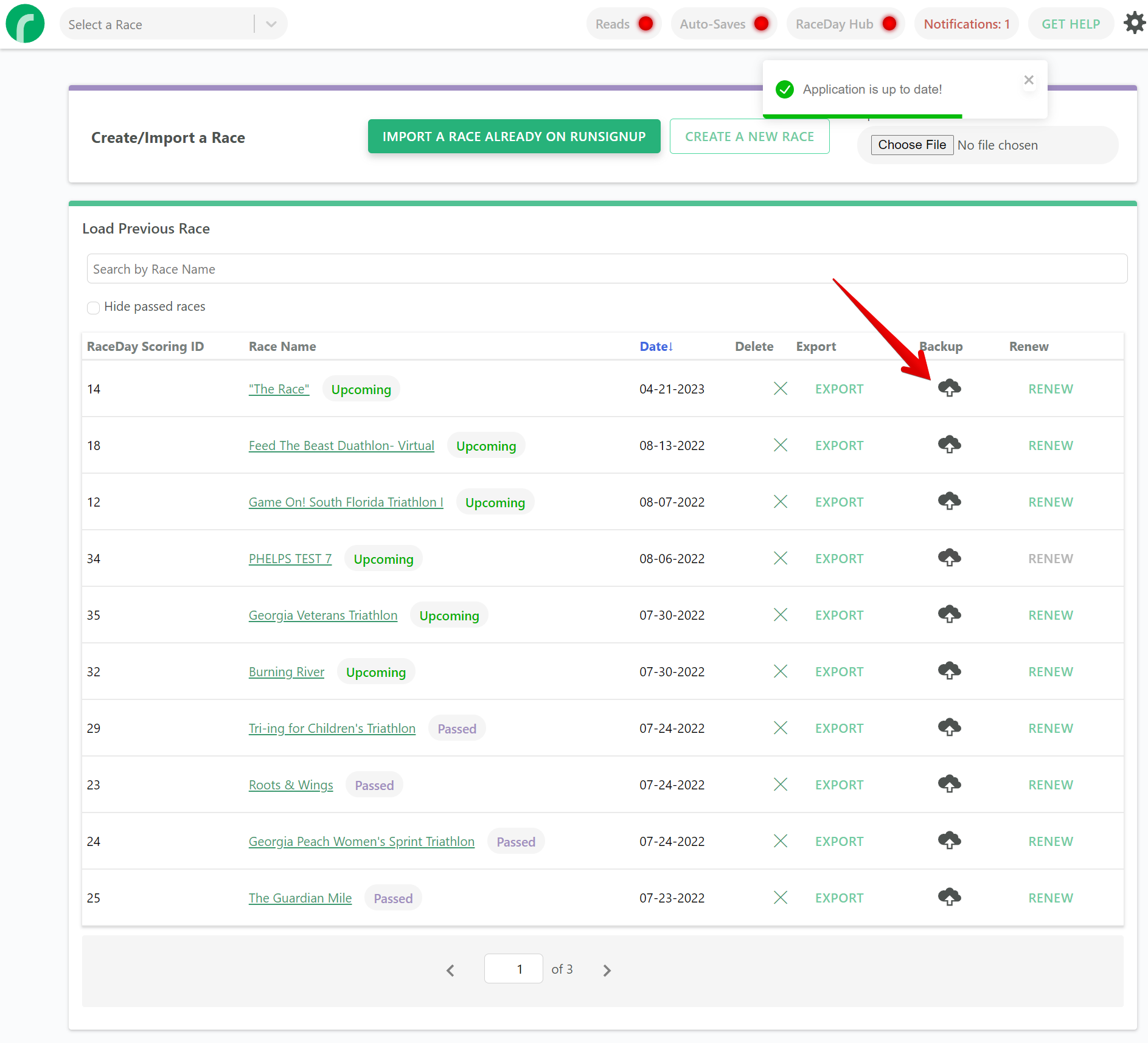 You can also backup a Race while it is loaded by using the cloud upload icon in the green Race toolbar: 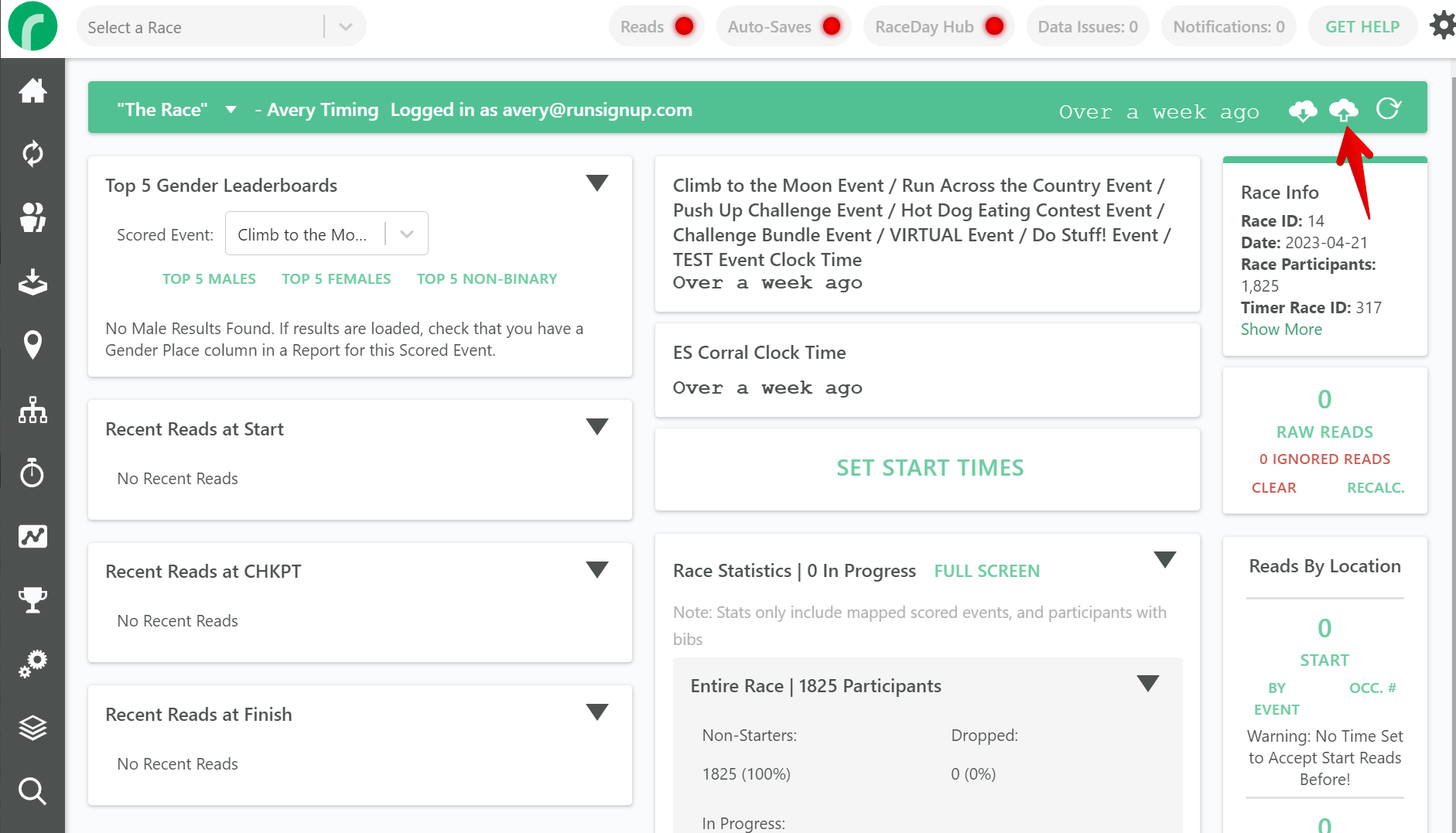 To restore race backups from RunSignup if you do not have the Race loaded onto your system yet, simply import that same Race from RunSignup. Normally, we would just load in the Race without any scoring configuration, but if anyone that is listed as an owner of your Timer Account has created a backup for this Race, we will show the list of the 25 most recent backups made, who they were made by, and when they were made.
Just pick which version you would like to restore from:

If you already have the Race loaded and need to import an updated version of the Race that's currently loaded, you can use the cloud import button here: 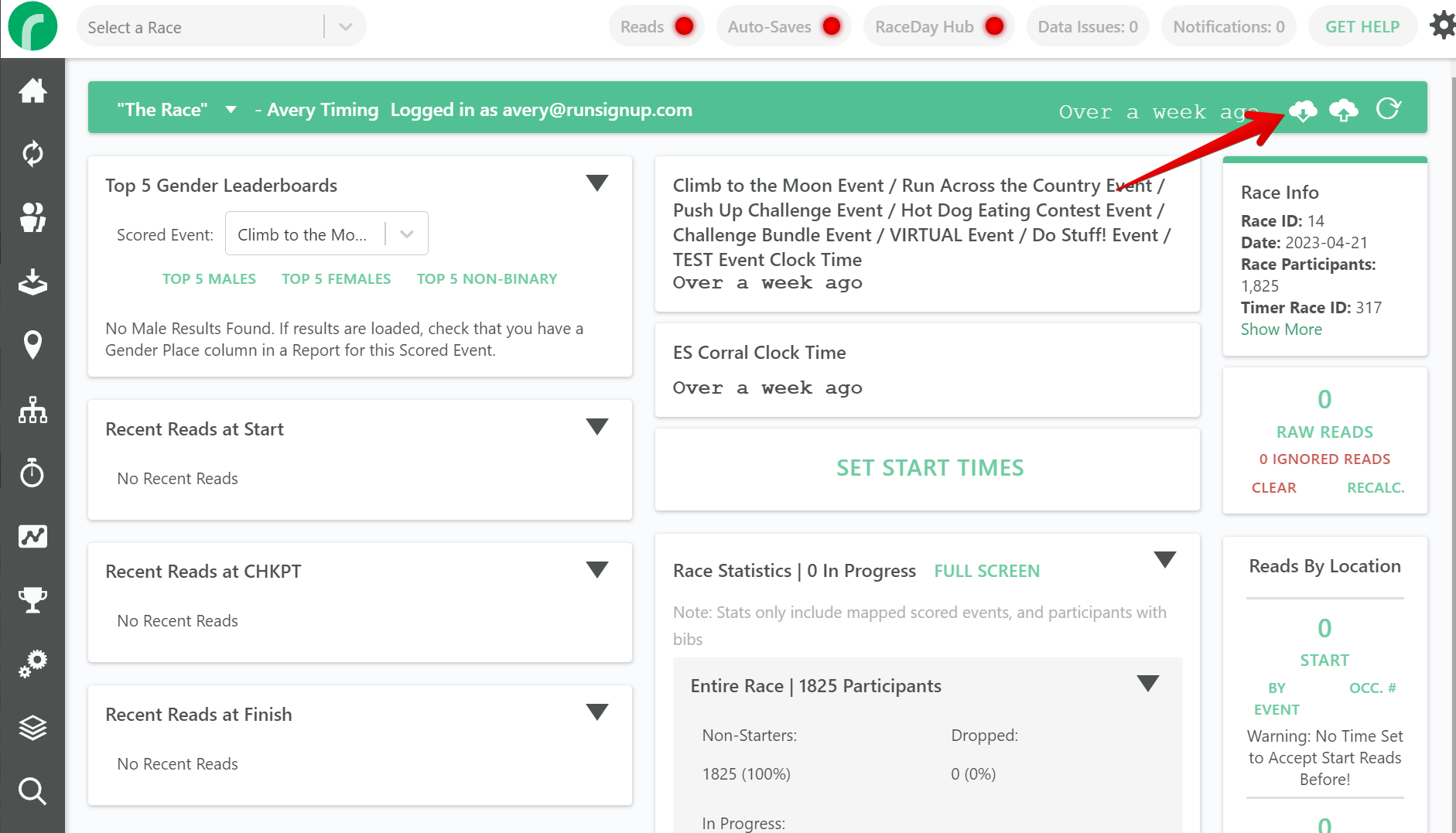 Then select a backup to restore from:

And decide if you want a full import, or just the setup. Full imports will wipe out any reads you have loaded, while setup will not touch the read data you currently have.