First, make sure that you clear any existing Start Times. We automatically pull in the marker times, but only if there's not already a start time entered, so that the system will not overwrite any adjustments made. 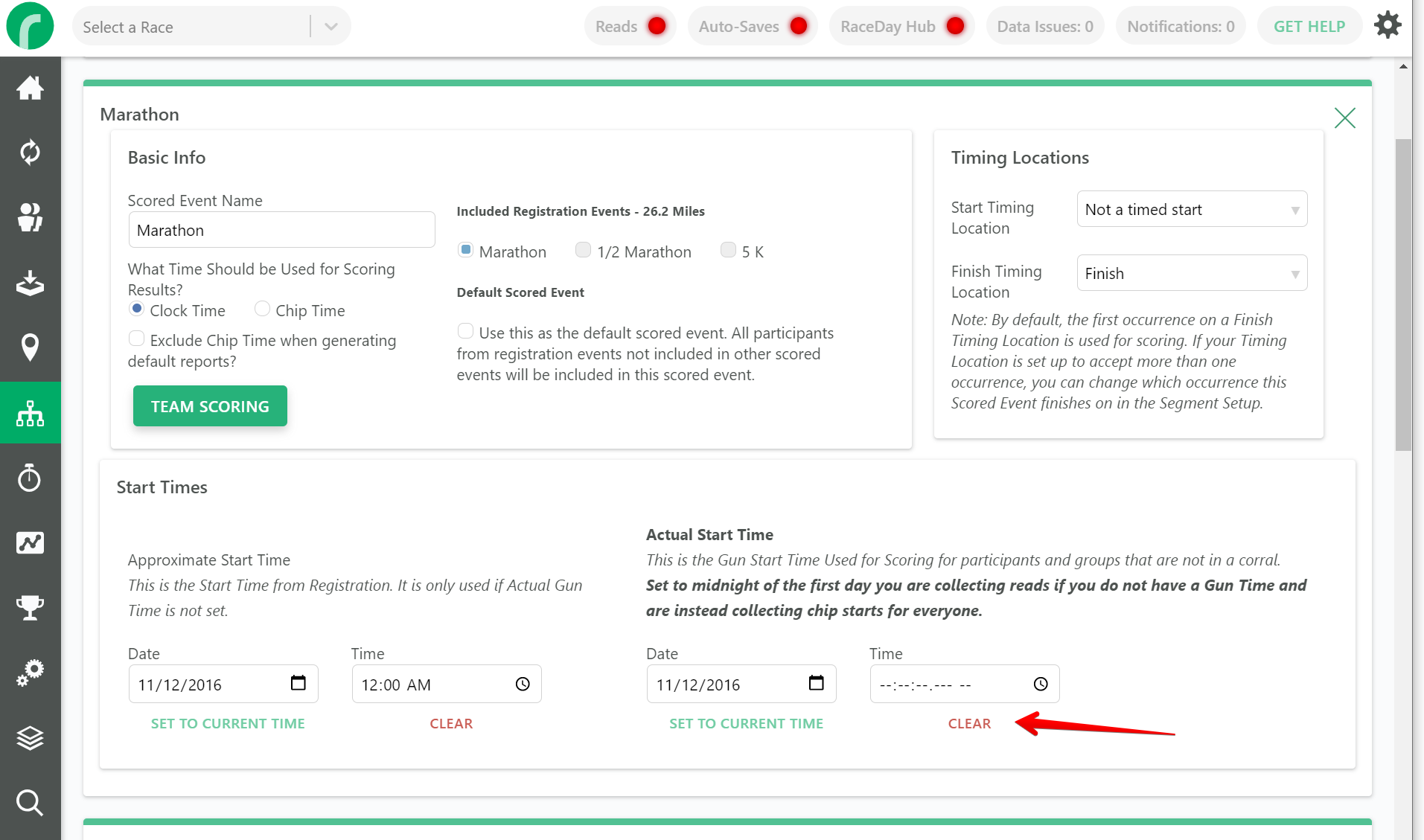 Go to Timing Locations and select Marker Reads for the Location that will have the markers: 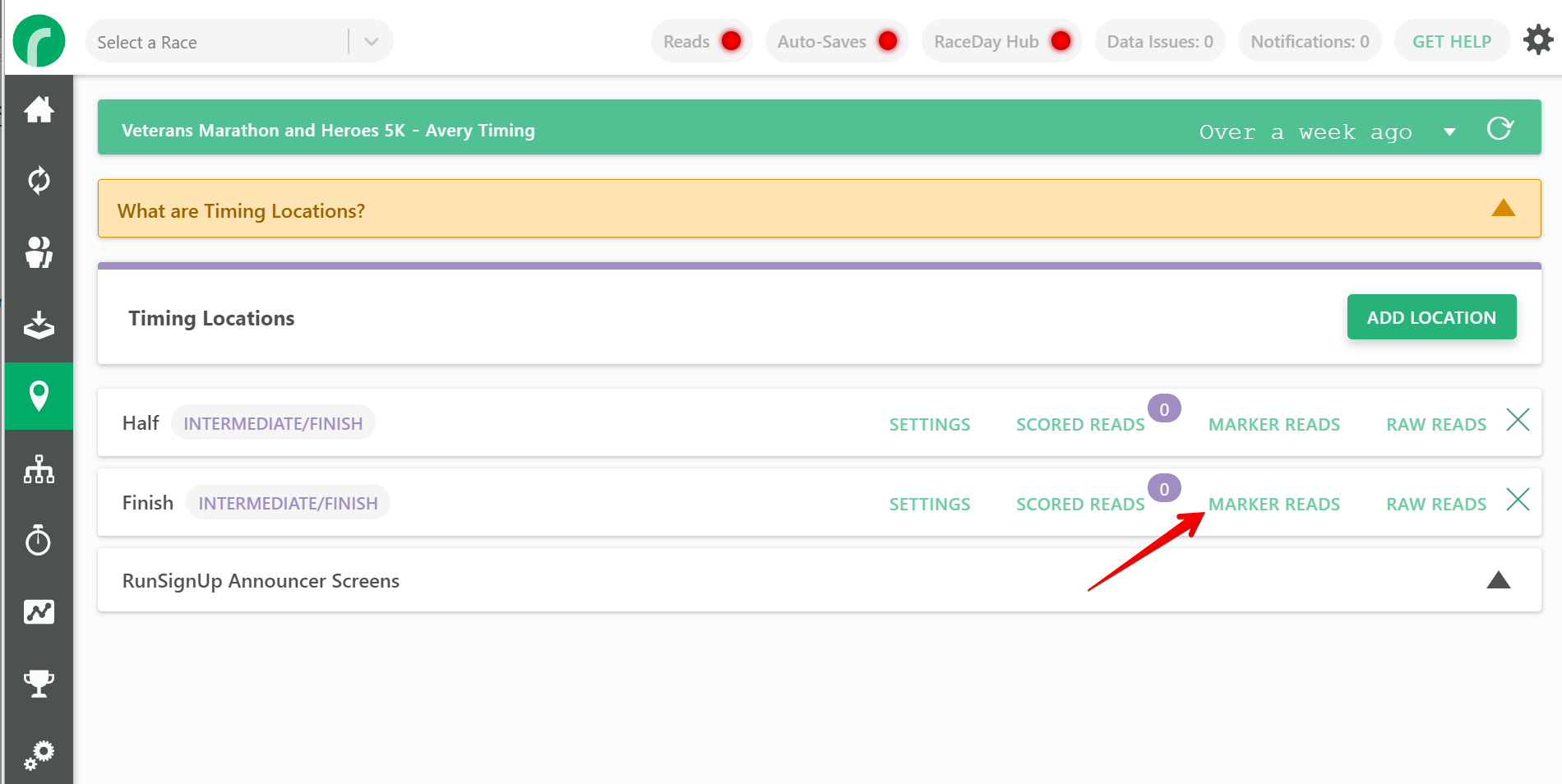 On this screen you will need to decide which occurrence of the gunshot coming from your reader should be assigned to each Event you have. 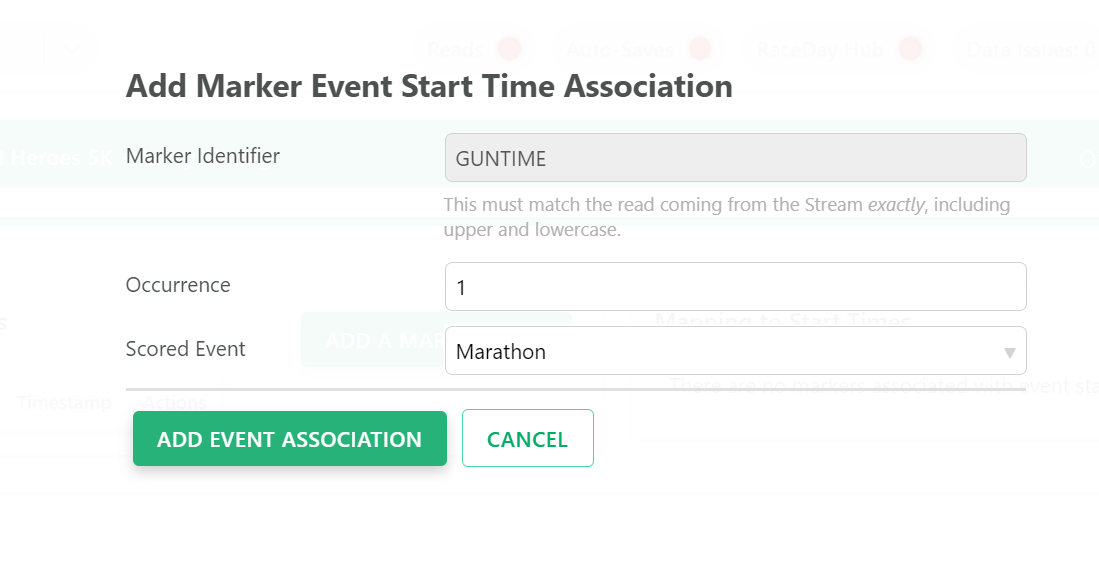 If you had a Marathon, Half, and 5k that started in that order, you would want to set it up like this, with the occurrence count being the order that the gunshots are seen. Marathon was the first start, Half the second, and 5k the third.

When you begin collecting reads from a reader that has markers in it, you will see the marker read details populate on the left hand side, and the associated Event Start Times will automatically update to the marker times.

After collecting reads in my test, I see this (looks like I only had two starts in my file)

And my first two Events got their starts assigned: 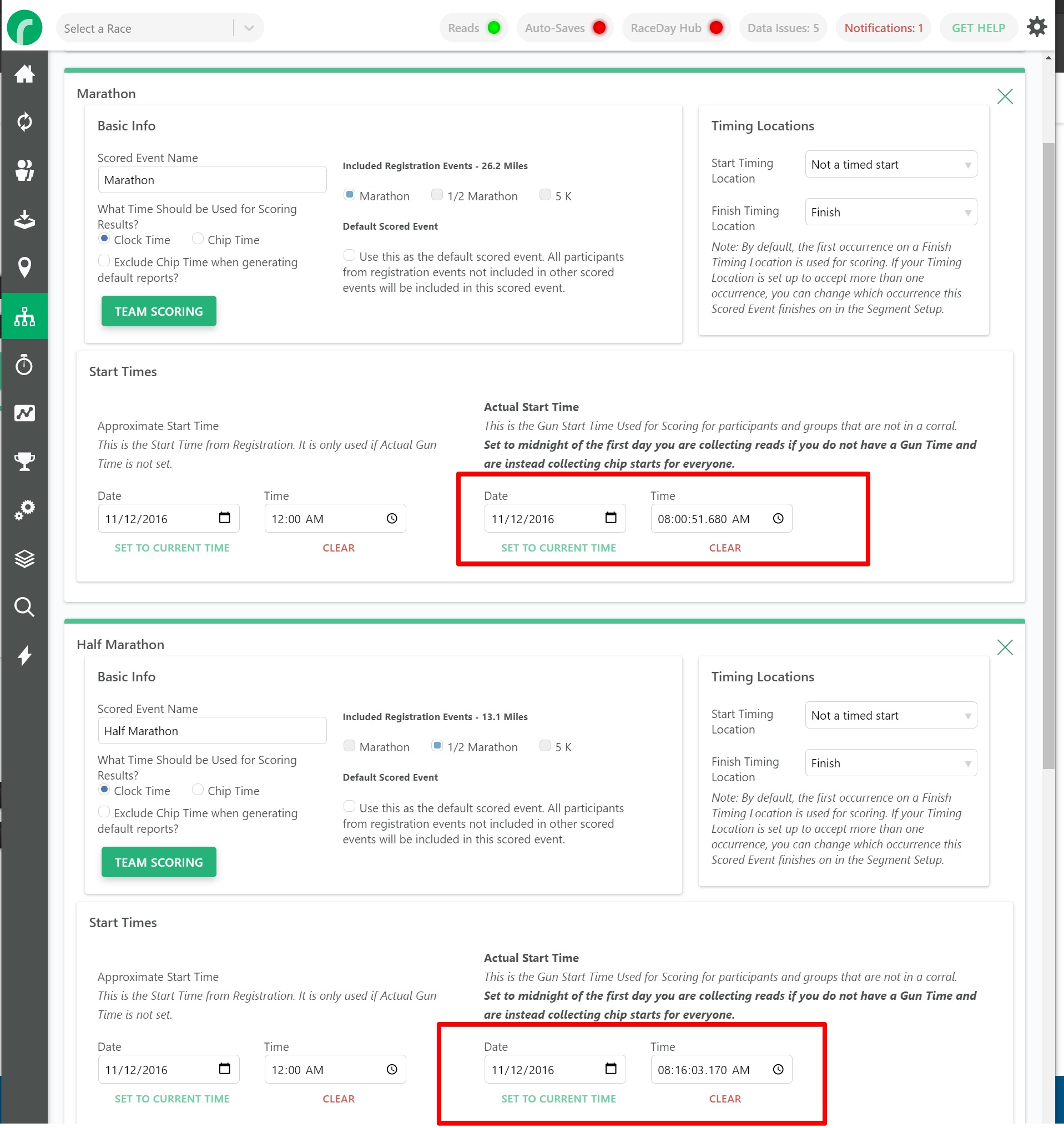 The 5k did not get a start yet, so it's still blank: 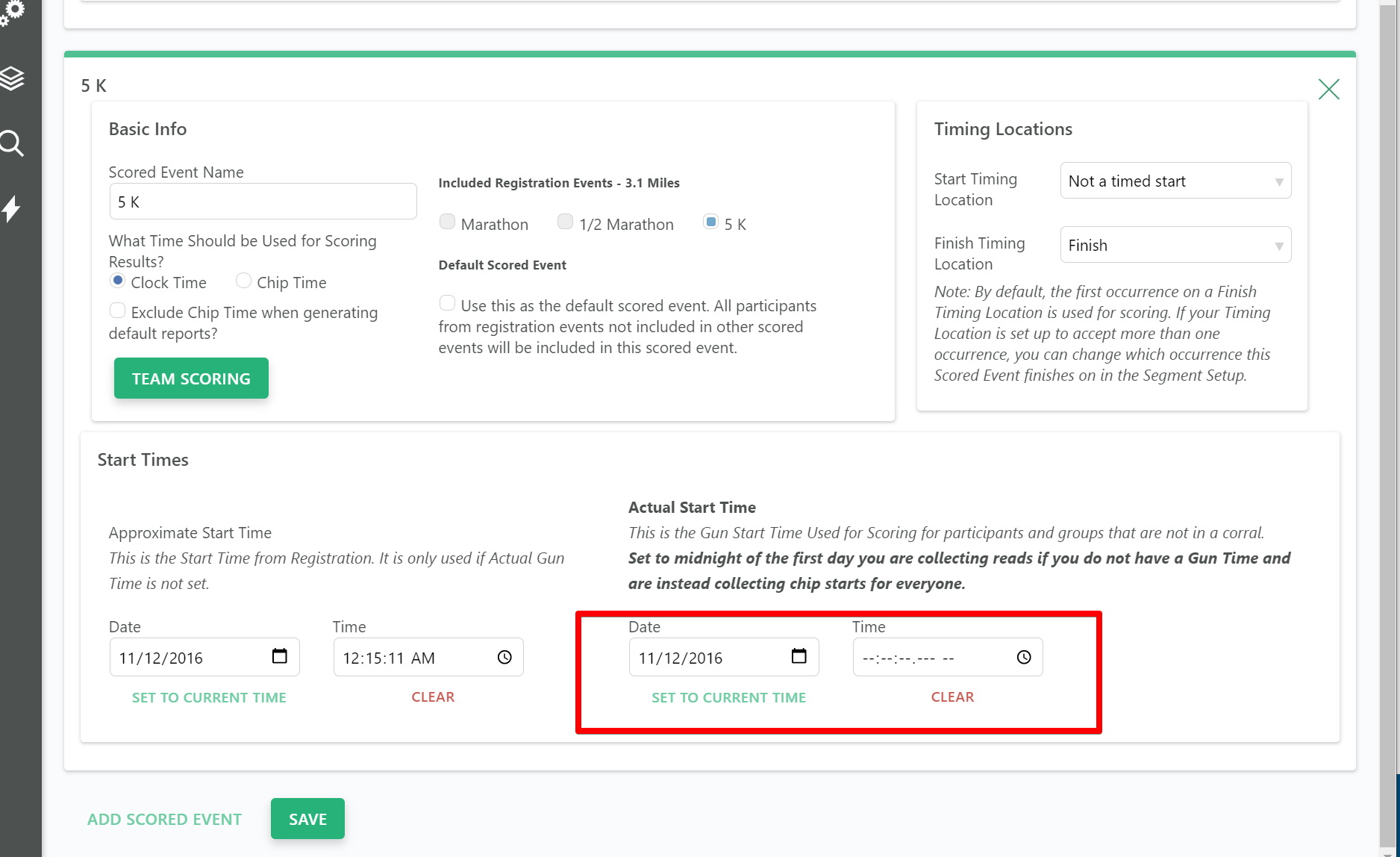